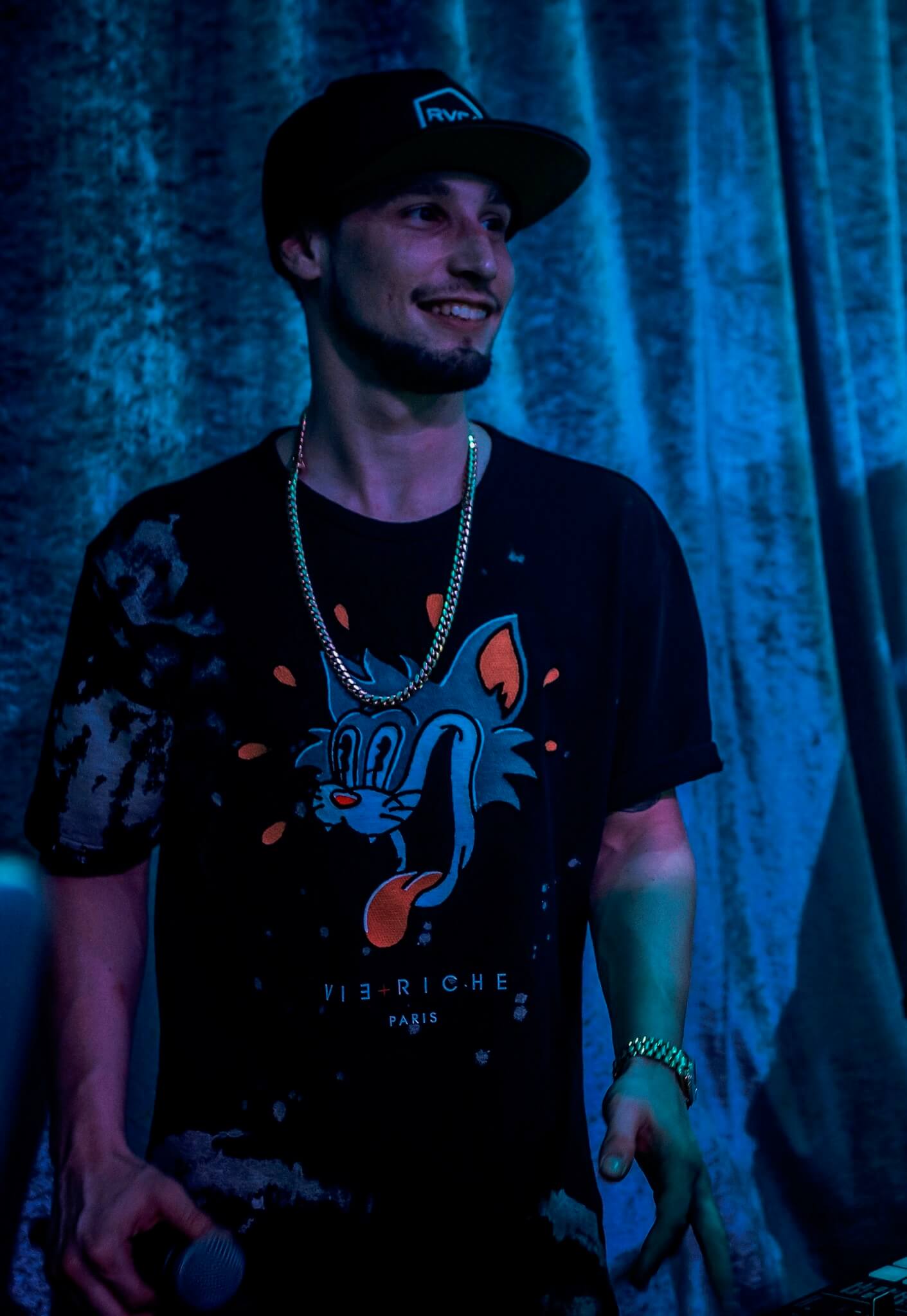 The winding journey Ryan “DJ Afterthought” Haynes has endured to own the helm of the DJ booth has led him all around the world for the last seven years. Coming up in New Jersey as a star hockey player influenced by radio stations like K Rock and Hot 97, Haynes moved to North Carolina to attend The University of North Carolina Greensboro to pursue a degree in Business Administration. However, his real dream school was the Conservatory of Recording Arts. After receiving an excellent recommendation from the inventor of the electric guitar and family neighbor Les Paul, Afterthought made the move to Arizona to enroll in the school of his dreams to obtain his degree in sound and audio. 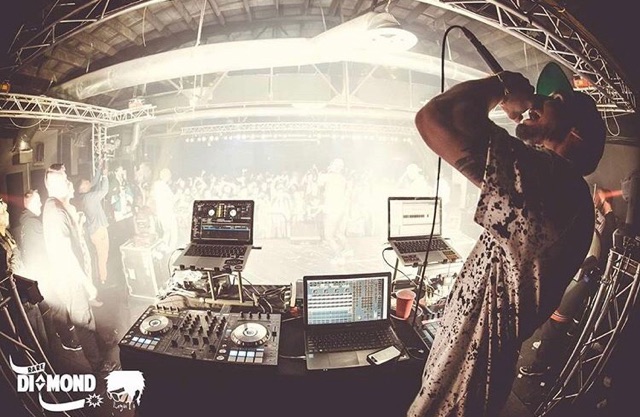 After graduating with his Bachelor degrees in Business and Sound/Audio, Afterthought moved to Pittsburgh, PA, and began to work as an audio technician for the AV department of West Virginia University for major events on campus. He got his first opportunity to assume the DJ role during a tailgate before a major football game. At the time, Haynes was only an amateur equipped with just Virtual DJ programmed into his laptop. The set went great, and he began to get great feedback from his peers and partygoers. His manager was so impressed by his performance that he called it an “afterthought,” hence his moniker. That’s when he began to take his career a lot more seriously.

Over the years, Afterthought has homed in on his admiration for hip-hop and EDM by widening his horizons as an open format DJ. Live shows and exclusive club events have become child’s play to the skilled mixer. To get his name in the mix of Pittsburgh’s local hip hop scene, Afterthought began to work with Daily Bread clothing, which led him to meet with Mac Miller. Afterthought as recruited as a tour DJ for Mac’s GO:OD AM Tour, Afterthought began to embark on his journey to perform on international tours, festivals like SXSW and Bonnaroo, as well as a plethora of venues in Las Vegas and more.

“I’m a very vocal DJ,” Afterthought said about his intense charisma on stage. “I get and I interact with the crowd. I get in there and do shit like that.” 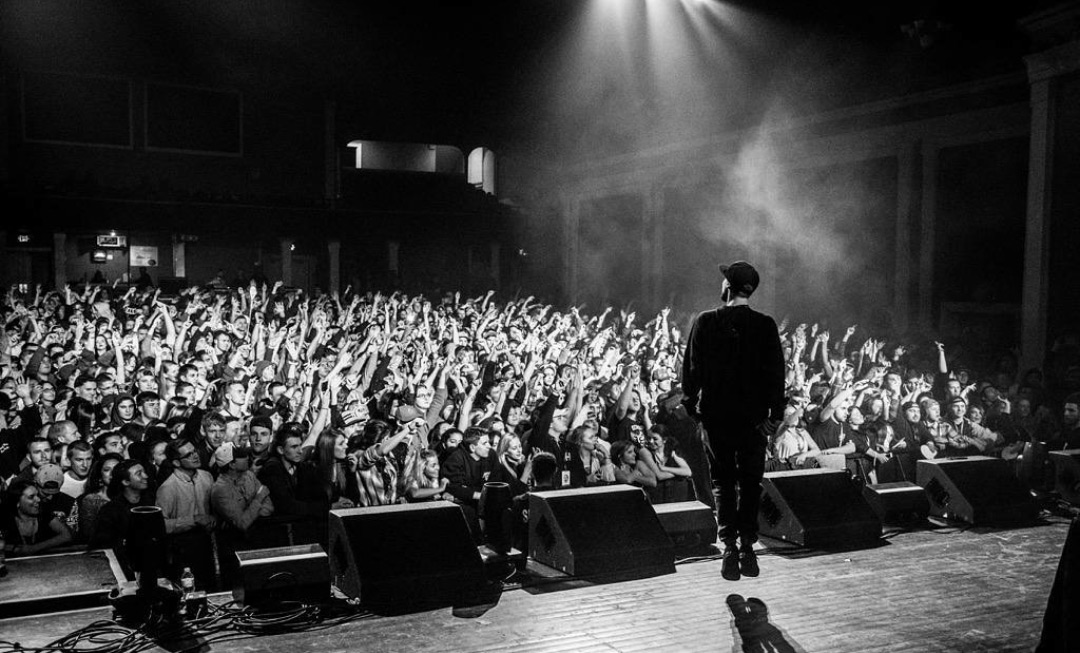 Once he collaborated with Jeremy "Big Jerm" Kulousek and Eric "E. Dan" Dan of ID Labs, they put him in the position to work with plenty of various artists. He ended up dj’ing for Bubba Sparxx, and was tapped to serve as the DJ for the West coast leg of French Montana’s “Excuse My French” Tour in 2013. Eventually, Afterthought crossed paths with entertainer RiFF RaFF, who originally asked for a hair-braider in Pittsburgh but instead recruited him to DJ for him at his show.

The rest is history. Afterthought went on to serve as RiFF RaFF’s DJ and part-time tour manager. With his office and studio space in ID Labs, his studio, which also serves as the home base for Taylor Gang Records, allowed Afterthought to work on his own EP The Underachiever, which he released in March 2016. Since then he has performed all over the world and has been in the studio with the likes of Wiz Khalifa, Action Bronson, Mac Miller, Chevy Woods, Diplo, Cee Lo Green, Travis Porter, Pusha T, Juicy J, Lil Wayne,Tyler the Creator, PARTYNEXTDOOR, Lil Durk, DVBS, DJ Bonics, Caskey, Christo, MGK, Yelawolf, Snootie Wild, 3lau, Yo Gotti, Kirko Bangz, Borgeous, Smoke DZA, DJ Drama, Young Jeezy, Ludacris and Young Thug.

After dropping his own EP last year, Afterthought began to collaborate with RiFF RaFF to release albums like Balloween, which features Skepta, Quavo, Lil B, Gunplay, Travis Barker and more. Recently, Afterthought assisted RiFF again with his latest LP Aquaberry Aquarius featuring Wiz Khalifa, Fat Nick, Choo Johnson and more. He also released his own singles featuring RiFF like “Red Carpet Kush” and “Key On The Table.” When he’s not on the road traveling and performing around the globe, Afterthought continues to strengthen his hustle as a skilled open format DJ and an exclusive producer.